No more soccer for the rest of the year. We'll take a break for winter (or at least while the weather is really cold). I'll let everyone know when we start again - Gabriel Chacon.

Verbiage, a sort of sport,

KID BLACKIE  © Port Whitman Times 2004
The tough guys are all there... Boog Whatsisname, Bonehead Shultz, Bubba, Baldie McGurk, Mickey Spillane with his porkpie hat, the hulks all making macho for those lite beer commercials, y'know, arm wrestling, breaking tables with karate chops, that kind of stuff for TV and beerdom. But these guys ARE tough; they didn't get this commercial JUST because of the way they looked. No, no, they were football hulks or hulks of another ilk, but hulks you wouldn't mess with if you were smart. Mean Joe or Killer or The Refrigerator, or others, the mention of whose names would strike sheer terror into the opposition whether on the ball field or at the arm wrestling table. Anyway, they're all there slapping backs and playing grown-up stuff like how firm is my handshake, how solid is my pickup truck, and I wanna tell you, these guys may be over the hill jocks but there is still a good fight or two left in 'em if it becomes necessary - or, since they are professionals, lucrative.
So this kid comes in - a squirt like you see in the shaving commercials, smaller than the rest of these giants, the sort of smart aleck who walks off with the chicks afterwards because of his irresistible sense of humor - the kind the big bozos like to beat up before breakfast - BIFF! - and that's the end of the kid for a couple weeks, right? But this kid walks in all cocky and speaks right up to a yell, in a high tenor, "Wait a minute, wait a minute, HOLD ON!" He gets up ON the bar and says, "SHADDUP!" to all those blokes, real loud. The place quiets down, sort of turns around as a unit ("Who IS this fruitcake?"), but the squirt continues, "I SAID shaddup a minute." A hush. The place goes quiet and somebody picks up the jukebox and rips out the plug (This place is TOUGH!). The assorted grizzlies, disturbed in their den quaffing a few, pay curious attention. The newcomer looks like Lord Fauntleroy in a pair of knickers and a high voice, but he's forceful, so they listen. "I'll bet a thousand bucks I can beat any one of you in a fight, right here, right now." A moment of silence... Snickers, laughter, guffaws, the place dissolves in hilarity. The challenger putting up his money along with his mouth, takes out $1,000, in twenties, lays it on the bar, and the silence strikes again, deadly soft this time.
Now, much to their credit, these big oafs are not above a little fun, so the matter before them is now discussed sensibly. It is decided that someone big and mean looking should toy with the fruitcake for a while, put him away, and win his money fair and square - after all, HE issued the challenge, not them. The biggest, toughest and meanest of them all is settled upon, a cross between King Kong, Mr. T and linebacker Alex You-know-who.
So, first the bartender, then everybody in the bar puts his ten or twenty or fifty, even a couple of hundreds, up on Monster Mortie who, to his credit, is cool - not a badmouth or loud or anything, but a devastator, a wildman. Against the fruitcake. The fruitcake is not really small, mind you, not a lightweight, he just seemed small beside the big guys, and accentuated it by the way he dressed and acted.

So, they pushed away the chairs, put all the money in some bighead's hat, and all gathered around the dancefloor for the dispatchment of the jerk, the fight to last until one man can no longer fight. Haw Haw Haw. No mention of fists or karate or any type of encounter - this was a rough and tumble affair and anything goes. Everyone was in a jock-ular frame of mind, brought on by the coupla "lites" they'd had, which put them in the mood for a little of the old madman mayhem routine. The money was held, off with the coats and shirts as both contestants stripped to the waist, and the women folk were asked to leave - because of the blood, you see.
So they're out on the floor now, the little fella with not an ounce of beef on him, maybe 175 soaking wet, and still that behind the ears so it seemed, probably 70 or 80 pounds less than Mountain Morton, who carries bulk to spare, lite beer or not. There's a lot of yelling as the two approach each other, center, a real fight for real money now, the talk being part of the past, a very exciting moment in all their lives, as we soon find out.
It was over in maybe ten seconds. The man on the floor later remembered taking five punches to his ribcage inside maybe two seconds, then the lights went out. What the bar crowd saw was a couple of fancy fakes, a few blows, a punch to the jaw, and their man went over like an ice cream cone, on the floor and out. Quick. They had never seen any one as fast as the little pansy, far more powerful than he looked (But that was the plan, wouldn't you say?), and the big guy was slowed down a little by the old booze.
The fruitcake asks if anyone else wants to try for another thou... No offers. He collects the dough out of the big hat, and leaves.
The place is now in an uproar. Who was that? The buzz goes around. It all happened so quick that nobody bothered to get the little shrimp's name, but he did tell Rodney, the owner of the place; Kid Blackie they called him. Kid Blackie, huh? Hmph.
With a few up-to-date variations, this actually happened many times, back in the 1920's, in the days of the mining and logging camps out west, with miners and loggers, tough guys, even in the hobo jungles, for $100, or whatever the traffic would bear. Kid Blackie grew up too, or survived really, for in all the challenging, he never lost one of those fights. It was all in knowing how, you see, how to feint, counter, where to strike to put 'em away. In fact, he got so good at it that he eventually made a pretty good living under his real name, Jack Dempsey, The Manassa Mauler Heavyweight Champion Of The World, a legend to be sure. Henry Francisco - PortWhitmanTimes 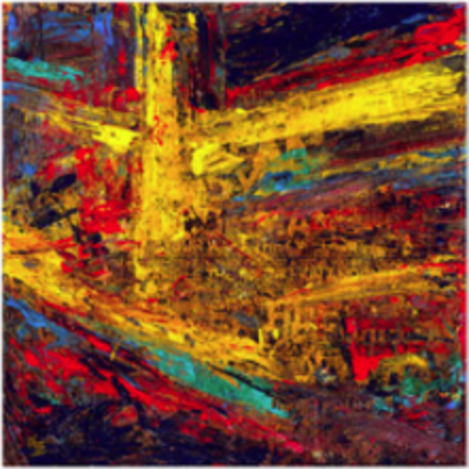 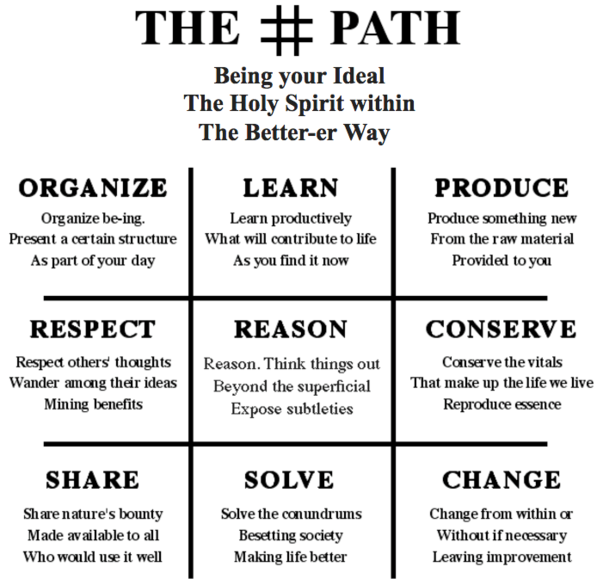 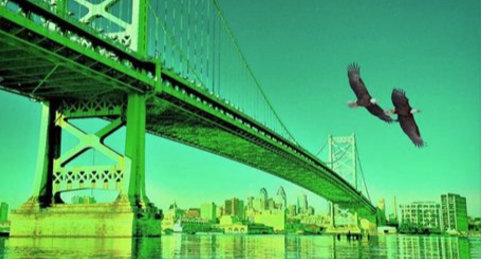 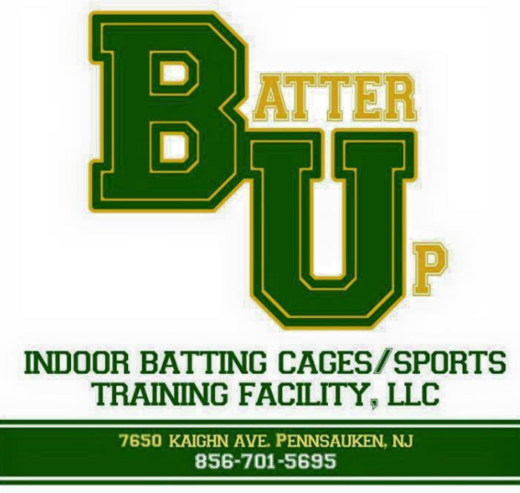 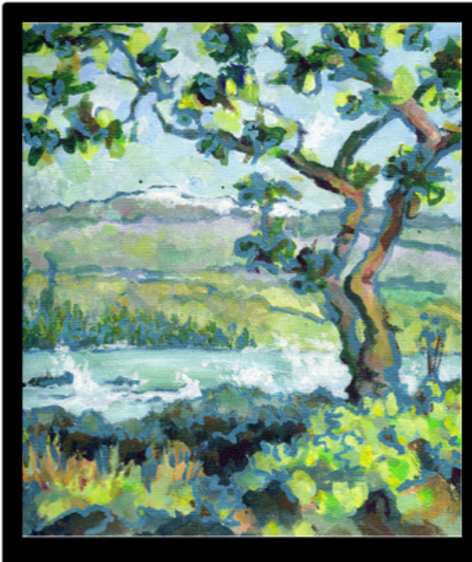 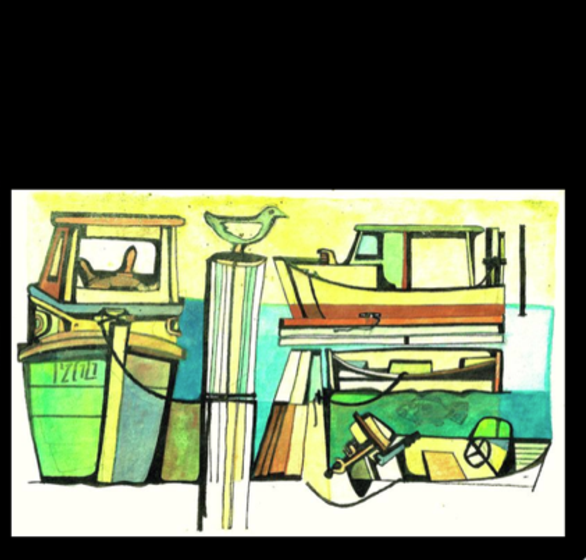 When competitive pace
Gets up in your face
Yet, winning prizes
Within sight arises
Simply invent a new race 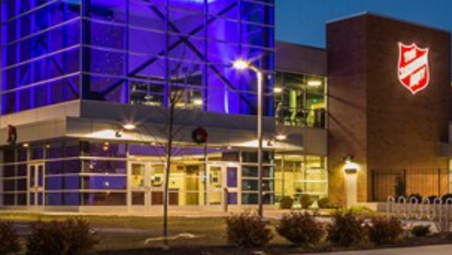