Follow these links to see more of what Camden has to offer! ​

REAL STARS © Port Whitman Times 2000
The real stars of basketball today aren't the whirlaround stufferguys who can dazzle you with their aerobatic techniques, nor the distance shooters who consistently drain the 3-balls, nor even the leapers who spring like grasshoppers or the canopy custodians who deny points by batting away close-up sure-shots. No, none of these, and it's not the teams who can mystify opponents with their passing skills or the deft ball magicians that can fake guarding opponents right out of their Reeboks. And oddly enough, the tattoos, the dyed hair, the hairless and the pierced bodyparts don't phase us a bit. Nooo, the REAL stars of the court are three:
THE NET: That's right, the net itself, made of some kind of perky costume material that flounces like a virginal skirt when the ball slips through rimless, or snags the ball when it comes through at an angle, bags it for just that split second of capture, and gives us the visual splash the shot touches off, that little jolt the shot that penetrates neatly truly rates. Whatever material that is, gottabe a man-made fabric, it definitely is one of the major stars of the game, without dribbling, shooting, passing or defending. It just be's there. When that material changed from the old stiff nets we knew as kids, or the chains of the playground, the game suddenly changed too, to accommodate the giants, the leapers, the long-ball shooters, those who could, from high above or far away, stuff the basketball, nothing but lace.
THE RIM: Whatever metal it's made from (one suspects some material NASA came up with to be used on Mars), the rim that allows a 260 lb. player to hang on it after a stuff shot (so he won't fall on his head, or so no one will have to catch him on the way down), yet won't bend an inch, springing back to its precise original shape after every hang, time and again, has to be a major player. If you've ever seen a regular steel playground rim that's been hung upon, you know what I'm talking about. It's a sorry sight, drooping forward like an exhausted warhorse with it's tongue hanging out, not to be uprighted ever again, waiting hopefully for a replacement made of the new metal that won't give an inch, no matter what, or who.
THE BACKBOARD: Or the "glass" as our announcers call it, couldn't really be glass, no, must be some kinda plastic that, no matter what pressure is put on it by that 260-pounder who hangs on the rim, won't shatter, won't even budge from its stalwart position, as though it were made of tempered steel. We've all seen it's predecessors busted into a thousand pieces when a player would hang too long on the rim, stopping the game while another "glass" is put up, the player chastised, sometimes even issued a technical foul. But nowadays that won't happen, as the whole system is stronger than the strongest player, and can stand up to whatever abuse is dealt to it and not give in. Inhuman it is, surely that. No modern backboard or rim is going to surrender to some mere basketball player trying to give it grief.
Yet the heroic rim and backboard hold that most delicate of lacey articles, the net that bounces saucily, femininely, when a bold shot rifles thru. A "swisher" we used to say. No more, today it's more like a sensual splasher. Henry Francisco 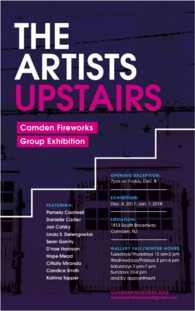 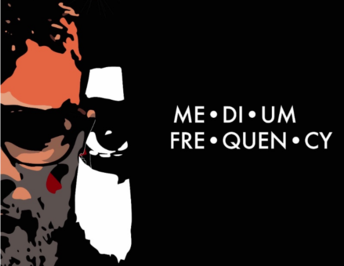 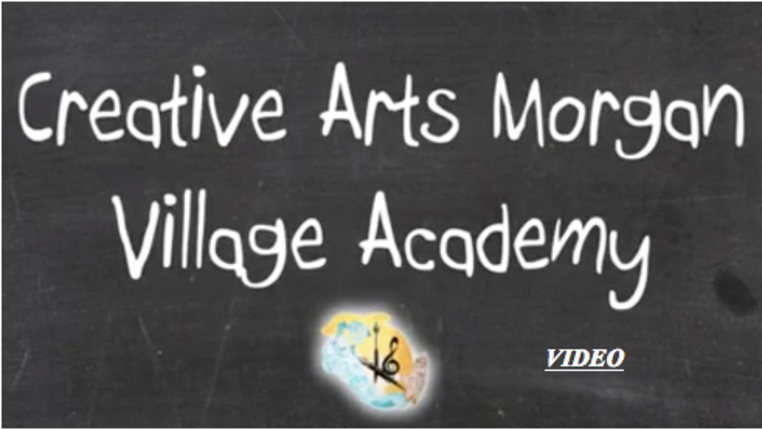 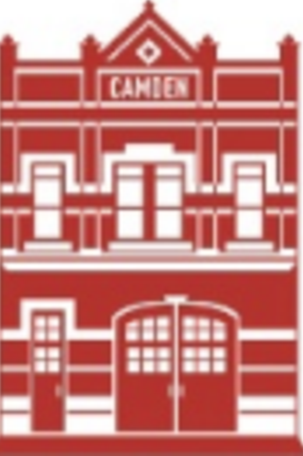 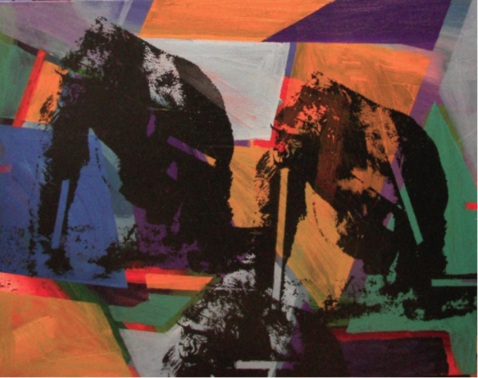 CAMDEN COUNCIL FOR THE ARTS 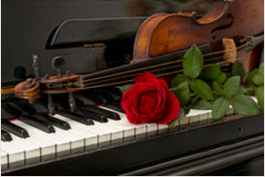 Triple sensation!  Get more out of what you do!  Think "Out of the box!"